It’s recently occurred to me that I’m probably a bit of a workaholic when it comes to my own writing. I tend to get anxious when I’m not working on something…so I decided to dive into a new WIP the other day. I’m finally getting back to THE EMPIRE OF STARS, and gosh, I forgot just how much I love working on this book (as hard/frustrating as it can be.) Re-exploring it has been so much fun so far. And so today I thought I would share some music inspiration & some things about this novel.

It’s rare that I’m writing and not listening to music (Unless I REALLY need to concentrate on something.) I always seem to have my novel playlists going on in the background. A lot of writers I know do the same, too. For me it’s not only a way of visualizing the novel in my head, it literally inspires whole scenes, sometimes even characters. Most (okay, basically everything) is soundtrack-based and classical (LOVE ballet/Russian artist’s classical) and it’s just so, so inspirational to me.

I chose these tracks because BOTH inspired entire scenes from TEOS. Both are just so emotionally moving and although it’ll be awhile until I get to draft them, I’m really, really looking forward to them. One scene, inspired by Valse Sentimentale, is a pivotal point in my MC’s emotional development (well, technically, they both are, but this one maybe more so in some regards.) And oh my god, Hans Zimmer & James Newtown Howard are actually legends…and dude, it would sound incredible live. The entire soundtrack to the Batman movies, the three they scored, are downright incredible. Spine-chilling. And so, hopefully, is the scene I have planned. So basically, that’s how I plot my novels: Pinterest and music. ❤ (…Welllll, that and a lot of handwritten scrawls in my notebooks.)

And now…a bit about the novel.

1. I’ve been working on this novel since I was fifteen! I’m now twenty. So…that’s five years. It’s developed A LOT since the first draft (um, thankfully) and I’m heavily revising it yet again. I literally cannot stay away from this book. It’s my heart. It still hasn’t reached the vision I’m aiming for, but it goddamn will one day, because I just can’t give up this book. Will you ever see it on shelves one day? God, I hope so, because this book is my entire world. I believe in it endlessly.

2. My protagonist, Evony, was inspired a lot by the Morrigan. For all of you who aren’t OBSESSED with mythology as I am, the Morrigan is the Celtic goddess of war, death, and fate. (Fun fact! Her name either means Great Queen, or Phantom Queen.) She’s also often associated with ravens/crows. She’s always fascinated me, so I blended her character with my protagonist’s, and I adore the outcome. Evony is one of my favorite characters in the book—she’s lethal, not afraid to embrace her darkness, and very heart-driven…which gets her in a lot of hell, usually. (All the time.)

3. It’s fairy-tale inspired. I love, love, love fairy-tales. While THE EMPIRE OF STARS isn’t strictly a retelling, there are nods to some of my favorite tales (and pieces of mythology) here and there. Initially, the book was inspired by a pretty unknown tale called “The Maiden with the Rose on her Forehead” (which is literally about a girl about a rose growing from her forehead) and I seriously just found myself so…intrigued by the concept. I started thinking “Why” and “What if?” and, well, TEOS was born. There’s also a Cinderella aspect to it which I love…and I can’t wait to explore that more in this draft.

4. It’s about elves (aaaaand the inevitable rift between the mortal and the immortal)! Ever since LOTR, I’ve been fascinated by elves/Fae (…I also have another WIP mainly featuring Fae…SO excited to get to write that project. Hopefully sometime this year, too! It’s been gnawing at me for ages now.) Called the “highborn,” they’re arrogant, lethal, and my MC definitely has a bone to pick with a certain highborn lord she may or may not be in love with. This book involves perytons, too, which is a concept I NEVER see in books these days. Legit the most underrated mythological creature I know. They’re a mix between a stag & a bird.

5. My protagonist is sort of an anti-hero. Basically: she’s out for revenge against the people who wronged her. But she also has a gentle heart—and that mix between being out for revenge but being caught up in a much larger plot—is super fun to write! Evony is a character that’s been with me for years, so I know every little thing about her, and she has a wickedly fun (and terrible) past I hope that one day I’ll get to dive into! I’ve always be fascinated with the concept of good and evil—which a lot of what this series deals with—and more so the concept of a character whose teetering on the edge of darkness, I guess. Plus, Evony is a super capable woman who absolutely knows it and when push comes to shove, she can kick some serious butt (but, ultimately, is loyal and kind.) And this pic is DEAD-ON how I picture my MC, which is epic.

Annndd now I’m off to write more of this WIP. ❤ This post ended up wayyyyyy longer than I intended. So, writers/music-listeners out there! What do you love? Anything to recommend? And: I’m thinking of starting a regular music-inspired posts! What do you think? Let me know! And—what WIPs are you writing now? I’d love to hear about them.

Currently listening to: The Runner by Zack Hemsey 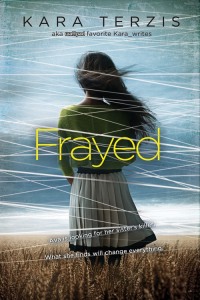