So…. This post was actually intended to be a series of Tweets on my Twitter account…but somehow, I ended up with over 800 words, so I thought it would be better suited for a blog post. This was, in part, inspired by my previous post earlier this year on why I love fairy-tales (and mythology), and one of my current work-in-progresses, MIDNIGHT QUEEN, which I talk about a bit at the end. (I hope you all get to read it one day!! Everything about it so far has been a lot of fun to write/research.) 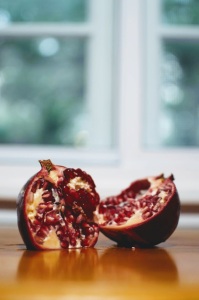 So! I’m of Greek descent (my grandparents were Greek-Egyptians!), hugely proud/passionate about my mythology/culture, and I wanted to chat about my all-time FAVORITE myth: Hades and Persephone. Most people have heard of it, but I feel like few people know more than the cliché, stripped-back version portrayed in media where Persephone is a helpless, floundering maiden (…and often where Hades is the Evil One, simply because he resides in the Underworld.)

Before I begin, in case people don’t know: Persephone is also called Kore (in some versions, Kore only becomes Persephone once she marries Hades.) Kore = maiden. Persephone = She Who Destroys the Light (!!!) (Persephone’s name has been interpreted many ways, but as we aren’t 100% what it means for sure, this is the one I love the best.) Roman variants: Core/Proserpina. Roman variant of Hades = Pluto. (Why yes, I am still annoyed that Pluto is no longer considered a planet. First, Pluto/Hades is given the Underworld, considered rather undesirable to most, and now can’t even have his own planet. Poor dude.)

Some of Persephone’s other epithets (epithets = titles often used in classical epics, poetry, etc.) include ‘She Who Destroys’ (or sometimes simply ‘the Destroyer’), ‘dark Persephone’, ‘Praxidike’ (= Bringer of Justice). Some of her sacred symbols included: a torch, flowers (specifically the narcissus), the bat, and the pomegranate.

A brief rundown of the tale: Hades, God of the Underworld—not Death; that was 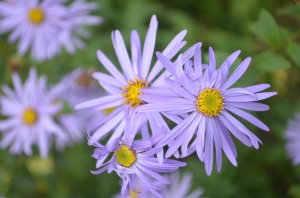 Thanatos—kidnaps Kore/Persephone. In some variations, it reads like more of an arranged marriage rather than an abduction. When Demeter, Persephone’s mother, finds out, she’s wrought with anger, and refuses to let anything in the mortal land grow. Mortals soon begin to die, because they cannot harvest any food (Demeter = Goddess of the Harvest; Roman variant = Ceres). After pleading with Zeus, Persephone is brought back to the living world—only by this point, Persephone has already swallowed pomegranate seeds (the amount depends on the myth you’re reading), meaning she’s eternally stuck in the Underworld.

A deal is then struck: Persephone will remain in the Underworld for a certain number of months (the amount varies, often correlating with how many seeds she swallowed) and the rest she spends in the land of the living. In defiance, Demeter will blight the land for the months while Persephone is away.

In short: It was a way for the Ancient Greeks to explain the turning of the seasons. Fall/winter = when Persephone was in the Underworld. Spring/summer = when she returns. I also like to think of it as an ancient coming-of-age story. But in saying that, there are 10+ variations of the myth. (i.e. in some variations, Hades is struck with Cupid’s arrow which makes him fall for Kore/Persephone. Sometimes Demeter is with Kore when Hades kidnaps her, sometimes she’s not.)

Often, the myth of Hades & Persephone is called “The Rape of Persephone”, which, traditionally, isn’t quite true (and bothers me a lot—it paints Hades’s character in a much crueler light). In the earliest forms of the myth, I don’t believe there is mention of “rape” in the sense that we use it today. Some even go as far to say that rape was added into subsequent variations of the story along with the rise of the patriarchy. (crrinngeeeee.) Hades is often presumed the ‘evilest’ of the Greek gods, but compared to that of Zeus, for example, Hades was a ‘good’ man who remained faithful to his wife, though, yes, he DID still take Kore away from her mother, and he is not—obviously—a great male role model.

I feel like Persephone is often overlooked when it comes to Greek mythology today, which is SO frustrating. Because in ancient times, she was not only revered, but feared. She, along with her mother, was widely worshipped (eg. the Eleusinian Mysteries. Which are, mostly to this day, still a mystery.)

Persephone was powerful, and strong, and incredibly interesting.

She was not a pushover. She was (some say) prone to a temper and vengeful—she literally turned a woman who had a romantic interest in Hades into a mint plant. (I legit cannot eat/smell mint without thinking of this anymore.)

In some myths, she was even the mother of the Furies/Erinyes, who were used to carry out acts of vengeance. 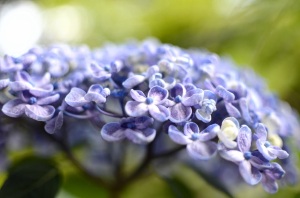 The hydrangeas at the font of our house are STUNNING. ❤

Persephone was the Goddess of Spring and the Queen of the Underworld (!!!!!)

She literally commanded life and death, and if that’s not incredible, then I don’t know what is. Basically…Persephone was one badass bitch. (But is often reduced down a sulky, naïve child who whined and cowered by her husband’s throne in modern lit.)

And that right there was what made me want to work on one of my current projects, MIDNIGHT QUEEN. (think: Hades & Persephone/Beauty & the Beast meets the Russian legend of the Firebird + traditional Celtic mythology.) It’s not quite a retelling of any of those, but I definitely drew on all those tales/mythology (as well as some other Greek tales) to craft my story…and I adored every moment of writing it. I wanted to explore that darker side of Persephone—the side that sort of…embraced Hades’ darkness. I wanted to write about that vengeful, temperamental Queen of Hell that she was. Not the side I often see portrayed in modern lit.

How do you guys feel about fairy tales and mythology? Are there any in particular that resonate with you? Are you interested in reading a (small) excerpt from MIDNIGHT QUEEN?

I’d love to hear your thoughts! 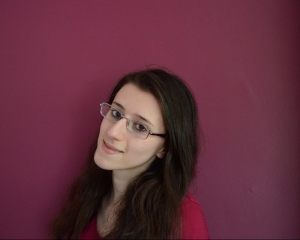